For this post, I’m not going to write a long detailed introduction, mostly because I’m too lazy, so here are 16 reasons for why you should start losing weight:

1) You will lose weight

Let’s start with the most obvious one. Unless you are among the .000000000000001% of the world population that has 3% bodyfat, then you probably wouldn’t mind losing a couple of pounds. And if you do have 3% body fat, then you shouldn’t be reading my blog.

2) You will increase your chances of finding a job

I know I know, companies aren’t suppose judge you based on your weight, but that’s just so they don’t get their asses sued. Your employer may not say anything about your weight but they’re definitely thinking about it during the interview.

For example, let’s say an employer has to choose between 2 candidates who have the exact same qualifications: same gender, same degree, same personality, same height, and same work experience.

However, 1 candidate is 20 pounds heavier than the other candidate. Who do you think the employer will choose? Exactly.

3) You will become more attractive

This may come as a huge surprise, but most people aren’t attracted to fat individuals.

4) Food will taste a lot better

Fatter people tend to mindlessly eat whatever they want in large amounts, and chances are that they aren’t even really enjoying the food they’re eating.

Being on a diet and restricting your calories will let you appreciate the food you’re eating and really get to taste the food.

5) You will be able to see your testicles

Men or transvestites on the heavier side don’t have this luxury. If you’re a bigger guy and your’re standing up and look straight down, I’m guessing all you see big round belly.

Losing weight will give you that rare bird’s eye view of your testicles.

6) You will be well respected

People respect others who successfully lose weight. Consistently eating less is not something many people are willing to do, so you will be seen as sort of a hero and role model once you lose weight.

7) You will become healthier

Losing excess weight is the best thing you can do for your health. If you have any extra body fat on you, then you’re already more susceptible to getting diseases like diabetes and heart disease. 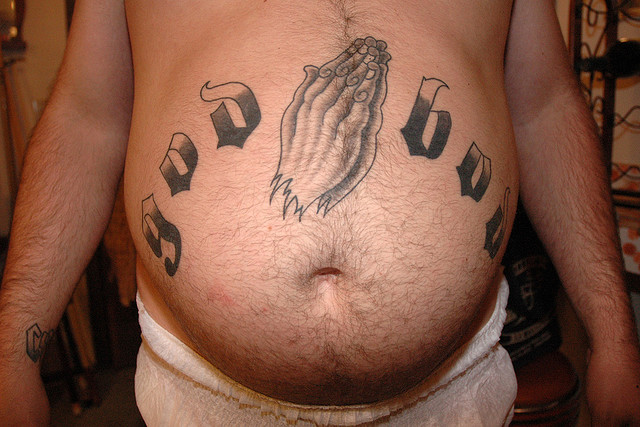 8 ) Your joints will hurt less

Eating tons of food on a consistent basis increases inflammation in your body, and inflammation makes your joints and entire body hurt. Lose some weight to get rid of this problem.

9) You will be able to make babies easier

Most people have certain life goals that they want to accomplish before they die. One of those goals may be starting a family, and to start a family you need to penetrate a female. But to highly increase your chances of a successful penetration, you may want to start losing weight.

Losing weight will increase you sperm count and according to some Stanford study, give you more mobile sperm(whatever that means).

10) Your chances of surviving an alien invasion greatly increase

In the inevitable future that Earth will be invaded by blood sucking lizard people, only the fittest will survive.

Being overweight makes you slower, it makes you a bigger target, and it means you won’t be able to help repopulate the planet after we win the war(see point #9).

Why is this you ask?

Take a guess, it might have something to do with the fact that there’s less body weight to push and pull.

Buying plus size clothing is not something you should be proud of. Designers that sell these types of clothing are basically promoting the fact that it’s okay to be fat and unhealthy. Well…. it’s not okay, that extra weight is killing you.

13) People will stop staring at you

I’ll admit, I’m one of those people that will stare at you if you’re very overweight. I won’t be super obvious, but my eyeballs will follow you. It’s just habit.

And please don’t say you’re on of the “good guys” who doesn’t stare, because everyone stares, I’m just willing to admit it.

Everyone likes to save money, so just imagine all the money you will be saving if you start eating less. Just think about it, you will become a millionaire if you stop buying 1 Big Mac every day for the next 1000 years.

It’s a statistical fact that lean people have more sex. It’s NEVER EVER the other way around.

16) You want to be able to drive a flying car

According to various science fiction movies from the 80’s, we should already have flying cars. But it’s the year 2011 and the only thing we have is the damn Prius.

Losing weight will help extend your lifespan, so maybe,  just maybe, you’ll be able to drive a flying car in the future if you start losing weight.

What’s your favorite? Why do you want to lose weight? Let me know in the comments.