If you’ve been in the fitness game for any amount of time, then you’ve probably heard a quote or two.

These quotes might range from the genius (“Eat less and move more”) to the stupid (see below).

But today I’m here to put an end to some of the most commonly used health & fitness quotes in the world. These quotes have been perpetuated for years, brainwashing the minds of individuals. It’s time to let the truth reign free.

I also love steak, sweet potatoes, eggs, and oranges which are all foods most people would agree are “healthy.”

They all taste good. Oops, did I say something wrong?

Is my body going to burst into flames because I ate food that tasted good?

While I respect Jack LaLane for living such an active and fitness oriented lifestyle up until his death, I cringe every time someone uses this quote.

I’m sure LaLanne meant for people to “spit out” more processed foods like chips and cookies, but still…it’s one of the most poorly worded quotes in fitness.

A more accurate quote: “If it tastes rotten, pre-chewed, or poisoned spit it out”

2. “If you’re not, squatting you’re not training” 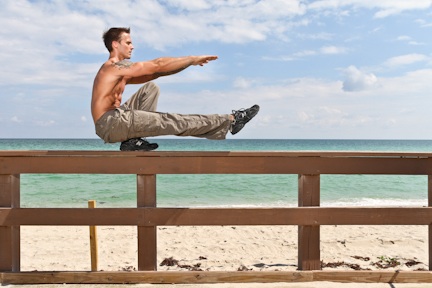 Who the hell came up with this?

Unless you’re a competitive powerlifter, I don’t understand everyone’s obsession with squats.

Some people seem to have a cult-like mentality with squats, but there are other ways to build up your legs.

As humans, squatting up and down is a very natural movement and I believe that everyone should be able to at least squat with their bodyweight, but as for the necessity of super heavy squats – not so much.

3. “An apple per day will keep the doctor away” 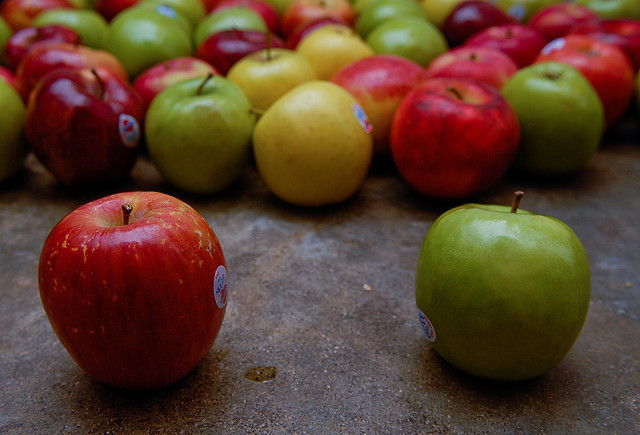 Mother…fucker, an apple a day will not keep the doctor away.

The only thing eating an apple gives you is some fiber, Vitamin C, and antioxidants. And don’t get me wrong, these are all good things.

But it’s completely ignorant to believe that eating an apple (or any healthy food for that matter) will prevent you from getting sick, especially if the rest of your diet is bad.

Eating healthy foods like apples could potentially decrease your chances of getting sick, but that’s all it does – decrease the chances.

A more accurate quote: “An apple per day will make your breath smell like apple”

4. “Not all calories are created equal”

This is an undisputed fact. If you can prove me wrong, go ahead. You’ll probably win a Nobel Prize or some shit if you do so.

What people mean to say is “Not all macro-nutrients are created equal.”

By saying this, you’re saying that not all macros (fats/carbs/proteins) are created equal and this is 100% true.

But of course, saying that “not all macros are crated equal” doesn’t sound as sexy and doesn’t sell as well so it will probably never catch on.

Do I even need to say it?

While the concept of tapering down your calories can definitely work for weight loss and overall health…to tell people that it’s the only way is foolish and ignorant.

Concepts like skipping breakfast and intermittent fasting are foreign to these people who believe this.

A more accurate quote: “Eat however the fuck you want to eat”

When it comes to weight loss, it’s more accurate to say that it’s 95% diet and 5% exercise.

The main purposes of exercising while dieting is twofold – to maintain muscle mass and mental relief.

You should exercise so you don’t lose any of that sexy muscle that shapes your body and because frankly, you’re going to feel like shit if you don’t start moving around.

As for the calorie burn you get from exercising – it’s a bonus.

A more accurate quote: “Losing weight is 95% diet and 5% exercise”

I was hesitant to put this on the list because for the average person, it’s completely true.

But at the same time, this quote is technically false.

First, let’s define what a “bad diet” is.

For most people, a bad diet is a diet where you eat anywhere from a 500-2000 calorie surplus in crappy foods.

And for these people, burning 500-2000 calories in the subsequent workout is incredibly unrealistic.

But that’s not to say it’s impossible.

Have you seen the way pro athletes train? If you’re a professional football, soccer, basketball, or tennis player the you could probably afford to eat in a 2000 calorie surplus.

These guys train like crazy. They literally burn thousands of calories, day in and day out. But it’s their life…their job.

Pro athletes are dedicated to training for hours per day. As for the common dude who wants to lose 20 pounds, not so much.

So can out-exercise a bad diet? Technically, yes. But the chances of it happening for most people is incredibly low.

A more accurate quote: “You can out-exercise a bad diet, but the chances are well…shit”

Ah yes, the infamous kitchen abs quote. I’ve lost count of how many I’ve heard this.

But here’s the truth – abs are not made in the kitchen, they’re made in the gym…in your workout.

The stuff you do in the kitchen, the foods you eat do one thing and one thing only – help you lose body fat.

But the stuff you do in the gym – the pull-ups, ab rollouts, cable crunches, deadlifts, and hanging leg raises…this is what actually builds and “makes” your abs.

Ab exercises give your abs definition and density. Without this, you’re just a skinny guy with abs.

And remember the old saying, “A skinny guy with abs is like a fat girl with big tits, it doesn’t count.”

A more accurate quote: “Abs are made in the gym, they’re revealed in the kitchen”

Do you have any common health & fitness quotes that you can’t stand? Let me know in the comments below.