The Definite Guide To Eating Out And Staying Lean

Eating out is one of life’s greatest pleasures. 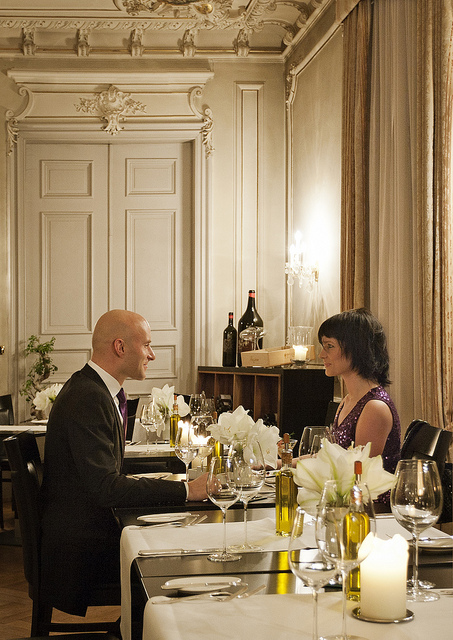 But unfortunately, eating out is also one of the most stressful times for people dieting. If you’re like most people, eating out can really make you stress the fuck out.

When you’re at home, you feel safe. You know what foods you’re going to eat and you know when you’re going to eat them. But when you go out, it’s a whole different ball game. At some restaurants, you honestly just don’t know how many calories will be in your meals and for some people that can make or break their diet.

For most people, eating out is a complete nightmare. Most people just end up saying “screw it, I’ll just eat what I want and start over next week.” But all this does is create a viscous cycle of short-term success and long-term failure.

When eating out, you should at least some sort of game plan, so here’s the definite guide to eating out and staying lean.

I just have to say it, but this so-called “trick” to reduce your appetite beforehand never works. The only thing eating a handful of nuts before your meal will do is add an extra 150-200 calories to your diet. Because when it comes time to actually sit down and eat, you’re not going to remember about those damn nuts you just ate.

This trick has never worked for me and I personally don’t know anyone where it has worked for them.

If you know the restaurant your’re eating at, then do a little analysis:

Determine the type of cuisine

Certain cuisines are more calorically dense than others. For example, Mexican cuisine can have a lot of calories with all the cheese and whatnot. But other cuisines like Japanese typically have less calories due to their diet being primarily based around raw fish and non cream-based dishes. So do your best to get a general idea of the types of foods that will be served.

Is it a fast food or chain restaurant?

If you’re eating at a fast food or chain restaurant, then it’s very likely that the restaurant will have an online menu with all the calorie and nutrition info you need.

Yelp has revolutionized the way people look at restaurants. And one of the best ways to use Yelp is by looking at the pictures of food that people post. Looking at pictures of food may sound stupid, but it’s a pretty good way to get an idea of the portion size and what’s included with each dish.

How to pig out and stay lean

I have a problem. If you put food in front of me, I’m going to eat it. And it doesn’t even matter if I’m full, if there are leftover fries, it’s probably going to end up inside me.

And I know I’m not the only person with this problem, so why are fighting our urge to eat delicious food. If you want to pig out and stay lean every time you dine out, then intermittent fasting is your best friend.

With IF, you’ll simply be fasting (not eating) before you head out to the restaurant, meaning you’ll have your entire daily calorie budget to spend on one meal. So for me, I can literally go out and eat about 2500 calories worth of pizza and not gain a single pound of fat.

And let’s face it, the chances of overeating an entire day’s worth of calories in one meal are slim to none. 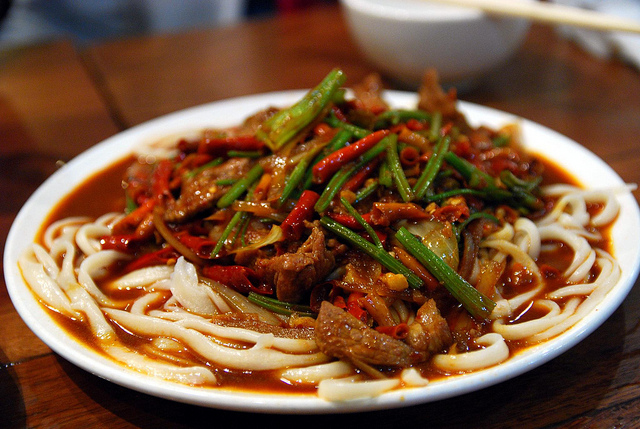 What if I already ate beforehand?

If you’re the type of person has to eat every 2-3 hours or if you’re the person who has constant lunch and dinner meetings, then you’ll probably have to take a more conventional approach to eating out. I’m not a fan of using these tips, but for some people, they’re the only option:

Most people give up after one failure

Many people have an “all or nothing” mindset when it comes to dieting. They think that since they have one tiny slip-up that their entire diet is blown.

But this couldn’t be further from the truth.

The important thing is what you do AFTER eating out.

The real danger of eating out when dieting is the potential to create a domino like effect where people will completely abandon their diet for days or weeks just because of one tiny slip up.

(READ THE SENTENCE ABOVE TO YOURSELF 10 TIMES)

Everyone has bad eating days and the key to beating them is to just pretend like they never happened. If you overeat your calories for the day at this fancy steakhouse, then don’t sweat it. Just get back on track the next day, and hey, at least you (hopefully) got to eat some orgasmic steak.

You could even throw in an Eat Stop Eat style fast the next day if you want to make yourself feel better.

How do you deal with eating out when dieting? Let me know down below (Hey that rhymes! Yes, I know I’m clever).