Matt Damon Workout Routine: What You Need To Know To Get In Super Spy Shape

Jason Bourne is back.

And unless you’ve all been living under a rock, you’ve all seen the trailer and the awesome shape Matt Damon is in.

In fact, I’ll say he’s in better shape than he was in 2007’s Bourne Ultimatum.

As for his weight, nothing has been officially revealed, but judging from the pics in Jason Bourne, I’d put him in around the low 170s.

So no, you don’t need to be a shredded 5% body fat to look great.

It’s much more important to have sufficient muscle mass and the right body proportions.

“It’s been no burgers and beer for a while.”

As Damon said in an interview with E!:

Now, a lot of guys are going to see this quote and automatically assume “Oh if I want to build a body like Matt Damon, then I can’t have burgers, beer, or any tasty foods.”

But that’s actually not the case.

Burgers and beers aren’t what’s holding you back from getting ripped.

It’s the fact that you’re eating TOO MUCH burgers and beers.

Because calories matter, a lot.

Despite what everyone is saying, weight loss is simply calories in calories out.

It’s why someone like Mark Haub was able to lose a massive amount of weight by eating Twinkies all day long.

Of course, I’m not advocating a diet made exclusively of

But my driving point is that you can never demonize any one food for why you’re fat.

If you’re overweight, it’s never because of just 1-2 foods.

It’s always a culmination of bad choices and habits.

But that same person also probably likes to eat doughnuts and Frosted Flakes for breakfast, drinks soda instead of water, and nibbles on chips throughout the day.

But instead, if you took a more mindful approach to eating (like with Macro FLEX Tracking), then you’ll know you don’t need to eliminate burgers and beers from your diet.

You just need to be smarter about it and fit it in with your lifestyle.

You can learn how to do that with my Superhero X12 course.

Cardio is not enough to get “Matt Damon” ripped 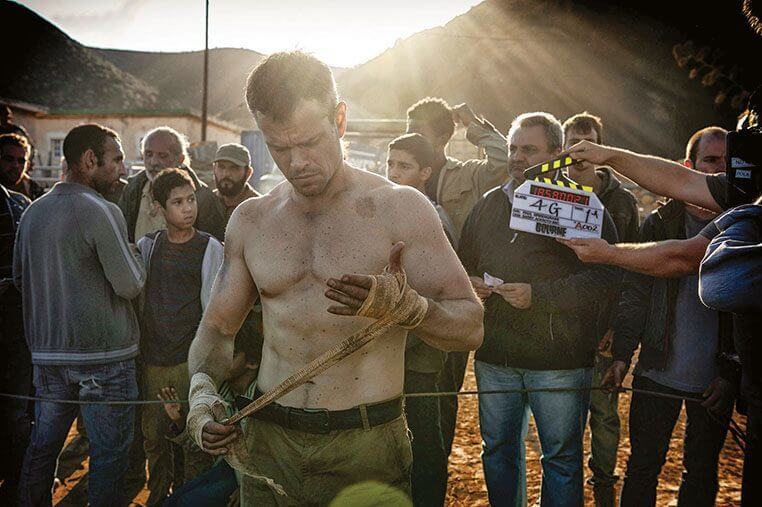 This article from MensJournal mentioned how Matt Damon used this piece of cardio equipment called the Versa Climber to get in shape.

Cardio is great…if you want to improve cardiovascular health.

And you know what? It can actually help you burn a fuck ton of calories.

But, if you want that lean and muscular “fighter” look that Matt Damon has in Bourne, then it’s not enough.

Losing weight only makes you look like a smaller version of your current self.

And a big mistake a lot of guys make when trying to get ripped, is they put their focus on cardio and not resistance training.

If you only have time for one, then pick weight training.

Some form of resistance training should be the cornerstone of your workout routine.

If possible I recommend heavy weight lifting primarily in the 4-8 rep range for the best results.

These are the type of workouts I teach in Superhero X12.

Just do something to help build some lean muscle so you don’t end up looking like a scrawny weakling once you lose weight.

Beginners have it lucky, because even if you’re dieting to lose weight, you’ll likely gain muscle at the same time as long as you’re getting stronger in your workout.

Sample workout to help you look like Matt Damon 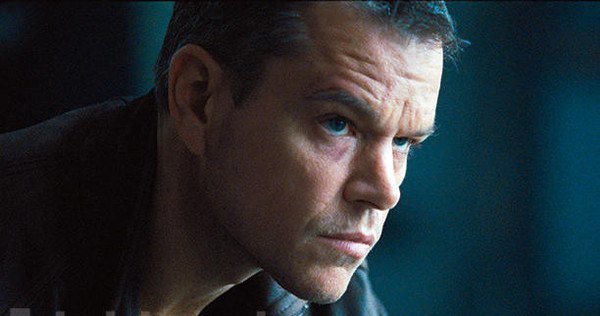 Below is a super simple routine you can use to look like Matt Damon in Jason Bourne.

No this isn’t the official routine.

I have no idea what the official routine is and Matt Damon won’t respond to my tweets (motherfucker).

Some important notes about the below sample routine:

If you’re young, take advantage and build some muscle fast

If you’re a young guy (16-25) and you have never really built any substantial amount of muscle in your life….

…then you really need to take advantage of this time.

Your hormones are raging, you get a boner just staring at balloons, recovery levels are the highest they’ll ever be, and you likely have more free time now to than you will in 10 years.

If you’re inspired by Matt Damon’s physique in Jason Bourne, then there is no better time than right now to double down and focus on building a solid base of muscle.

There are millions of skinny guys out there with abs.

But there aren’t so many guys out there with a solid base of muscle, and abs.

Too many guys care too much about “having abs.”

But if you look at Matt Damon in Bourne, you’ll see he’s not shredded to the bone.

Instead, he has enough muscle in his shoulders, arms, and back to shape his body proportions.

So don’t focus on just “getting ripped.”

Build a solid foundation of muscle first, because that’s the key to getting the body of a super spy.

What’s holding you back from building a super spy body like Matt Damon in Jason Bourne?

I wanna hear it.

Leave a comment below and I’ll do my best to help you out.