The Plank Exercise: Making Crunches Look Like A Little Bitch 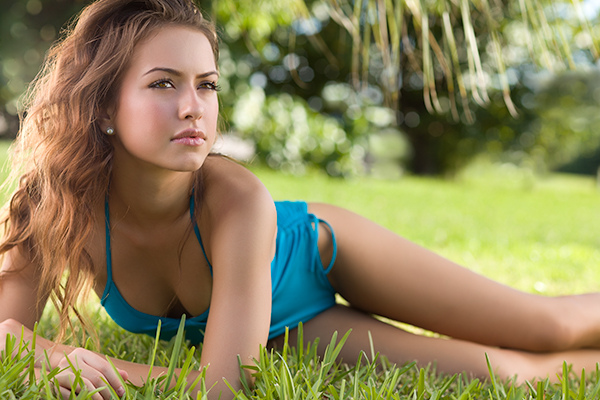 If I were to go out and ask 100 random people on the street what the best exercise to get six pack abs is, I’m betting that at least 60% of them will say crunches or sit ups.

I thought we were past the times where people thought that the only way to get a six pack was through endless amounts of crunches. But the mainstream fitness media keeps pumping out articles about how awesome crunches are.

They destroy your back and even if they were safe to do, they still don’t provide much in the form of strengthening your core.

So how do you build strong and sexy abs?

Well I’m glad you asked – one of the best exercises to build a strong core is the plank exercise.

What is the plank exercise?

In its simplest form, the plank exercise is simply a core strengthening exercise that builds strength and endurance throughout your entire abs.

It’s an isometric exercise, meaning that your muscles don’t change in length and you’re simply doing the plank in a static position.

To do the plank exercise, follow the steps below:

The plank exercise won’t fuck up your lower back

One of the reasons that I hate crunches so much is because they’re so bad for your lower back, yet so many people still recommend them as a safe and effective ab exercise.

When you’re doing crunches, you’re working out your abs, but you’re also putting a ton of pressure on your lower back which is not good.

If you don’t believe me, take a look at this study done by Stuart Mcgill (one of the most renowned lower back and spinal doctors in the world).

The load predictions in this study suggest that performing situps (both dynamic and quasi-static) imposes high levels of compressive loading (> 3000 N) on the low back. The issue of using straight legs or bent knees is probably not as important as the issue of whether or not to prescribe situps at all.

The reason I love the plank exercise so much is because it puts almost no pressure on your lower back.

Other exercises will become easier

The cool thing about the plank exercise is that the better you get at the plank, the stronger you’ll be in your other exercises. Many exercises these days engage your core and the reason that the majority of people are weak is simply because they have a weak core.

Exercises like the bent over barbell/dumbell row, deadlift, and lunges all indirectly involve the core for various balance and stabilization reasons.

Once you strengthen your core with the plank exercise, those exercises will instantly become easier.

But how will the plank help me get better looking abs

Most of you probably don’t give a rat’s ass about safety and simply want to know how the plank exercise will you get good looking abs.

If you have a low enough body fat percentage and you’ve been doing the plank for some time, then you’re going to have some sick looking abs.

To put it non-scientifically – the plank will help tighten your entire ab region and will help give your abs a really tight and sleek look once you’re at a low enough body fat percentage.

Because remember, if you’re holding a lot of body fat then your abs will never show no matter what. You still need to follow a strength training routine and maybe a well-structured cardio workout as well. But above all, you must  focus on your diet if you hope to lose any body fat.

Stop being a crunch bitch

I seriously can’t think of one good reason to do crunches, so please, just stop.

Crunches already get a pretty bad rep in the fitness industry, but people are still doing them. If you want a strong a good looking set of abs then stop crunching and start planking.