Sylvester Stallone Workout – Everything You Need To Know

Fast forward 20+ years, and Stallone has decided to step back into Rocky’s shoes, but this time as a 60 year old man. But what’s surprising, is that even though Stallone was much older, he still looked amazing in Rocky Balboa.

Stallone’s physique in Rocky Balboa was a bit heavier and bulkier than his Rocky 3 physique, but still, he looked incredible for his age. But luckily, Stallone learned from his Rocky 3 mistakes and performed a much less demanding workout, while still getting optimal results. 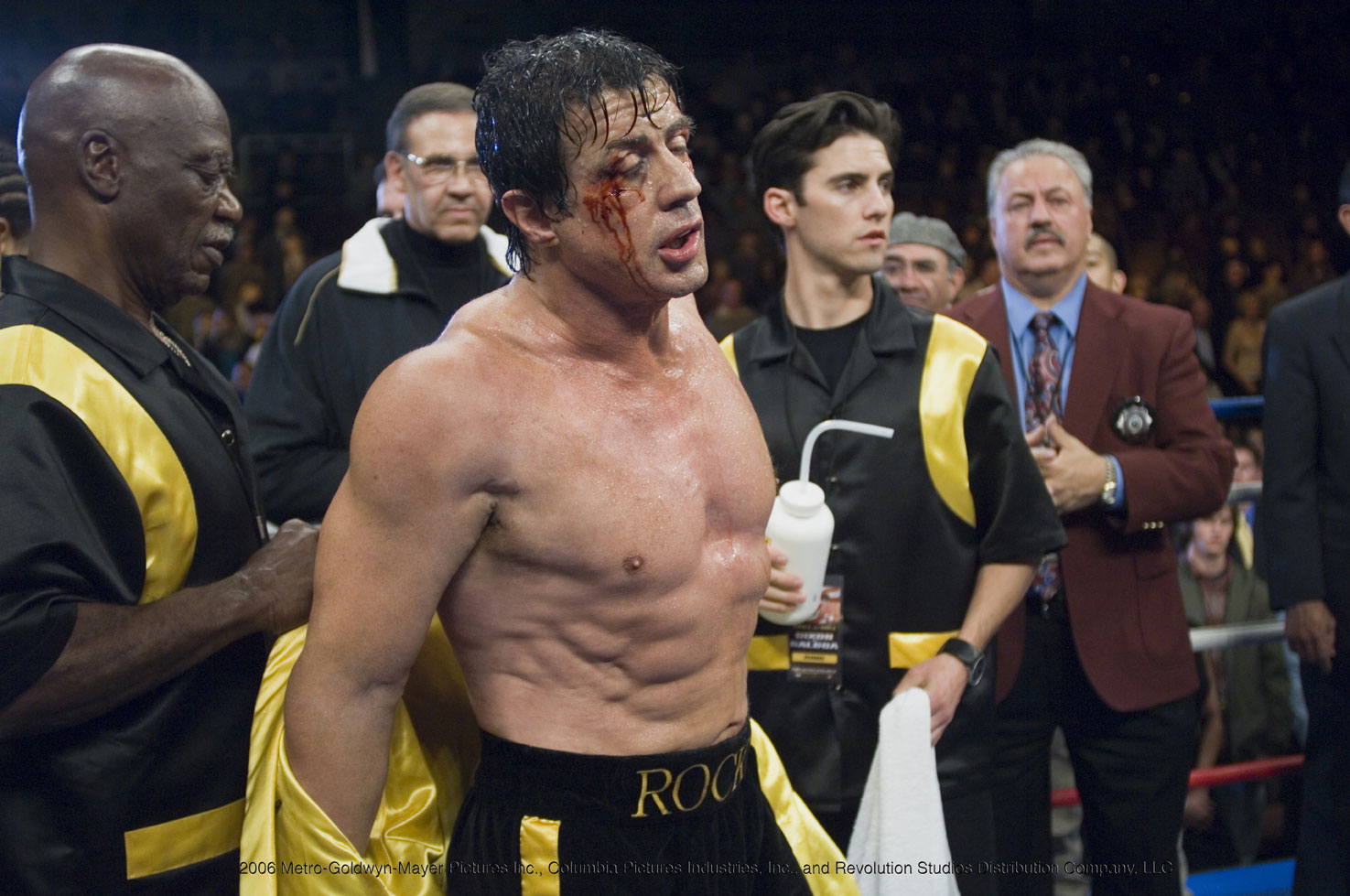 A sample workout of what he would do is:

In 2010’s The Expendables, Stallone was in incredible shape, even better than Rocky Balboa, and that’s saying a lot since he’s definitely not getting younger.

Stallone’s trainer, Gunnar Peterson helped him prepare for the role and made sure each workout was slightly different each time.

Stallone would workout for 3-5 times per week for 1-2 hours each time. Peterson stated that he doesn’t know anyone who’s as intense in the gym as Stallone, and hey, I believe him.

[The Expendables 2 trailer. So badass]

So yeah… all of the Sylvester Stallone workout routines are pretty damn intense. But if you thought his workouts were crazy, then you’ll be even more surprised by his diet.

For his role in 1981’s Victory, Stallone ate only 200 calories of pure protein each day plus a baked potato once in a while so that he wouldn’t faint. Now that is crazy, it’s even more extreme than my extreme dieting technique; Stallone just took it to the next level.

But for his other roles, Stallone ate a more balanced diet, similar to what most Hollywood celebrities eat these days. You know, eat whole grains, fruits, vegetables, and no booze. But if you’ve been reading my blog for a while, then you know my stance on these types of diets.

– Does Sylvester Stallone have an amazing body? Yes

– Does Sylvester Stallone give 137.6% effort in the gym? Yes

But, Stallone would not have the physique he has today if it wasn’t for his little buddy HGH. HGH(human growth hormone) is a hormone that is naturally produced in your body. To cut to the chase, HGH helps you maintain and build muscle plus burn fat. HGH levels are naturally very high when you’re young, but once you hit the age of 60 like Stallone, your HGH levels start plumetting and you won’t be as muscular as you once were.

This is why Stallone has admitted to using HGH injections, and that’s why he’s more jacked than most 20 year olds. Stallone may be 65 years old, but because he injects himself with HGH, he’s able to have just as much muscle as a 20 year old.

Does this mean all of Stallone’s workouts are a sham? Not particularly, but HGH injections do give you a HUGE advantage over someone who’s not taking them. It’s hard to say how much Stallone’s results are produced by HGH or his strict workouts/diets, but it’s definitely something to think about.

And just so we’re clear, I am not endorsing HGH injections in any way. I do not recommend them and never will. To me, they’re too great of a risk.

Bottom line: Don’t expect to look like Stallone when you’re 50+ years old. You can still look amazing, but just don’t expect to have that same level of muscle mass without stabbing yourself with needles.

Stallone is someone I respect and love. He trains hard in the gym and doesn’t lie about taking HGH injections, which is rare because injecting yourself with HGH is something most people try to hide.

Don’t expect to look like Stallone, but if you want to have a body that’s similar to his, then check out The Adonis Golden Ratio Workout. It’s a course that’s specifically designed to get you a lean muscular Hollywood body.

And don’t worry, you don’t need to workout 7+ hours per week 🙂

What do you think of the Sylvester Stallone workout? Let me know below.

P.S. Be sure to check out Scott Adkins, and up coming action star who will star alongside Stallone in The Expendables 2.