Are Carbs Bad For You? (And Why You Should Never Do A Low Carb Diet) 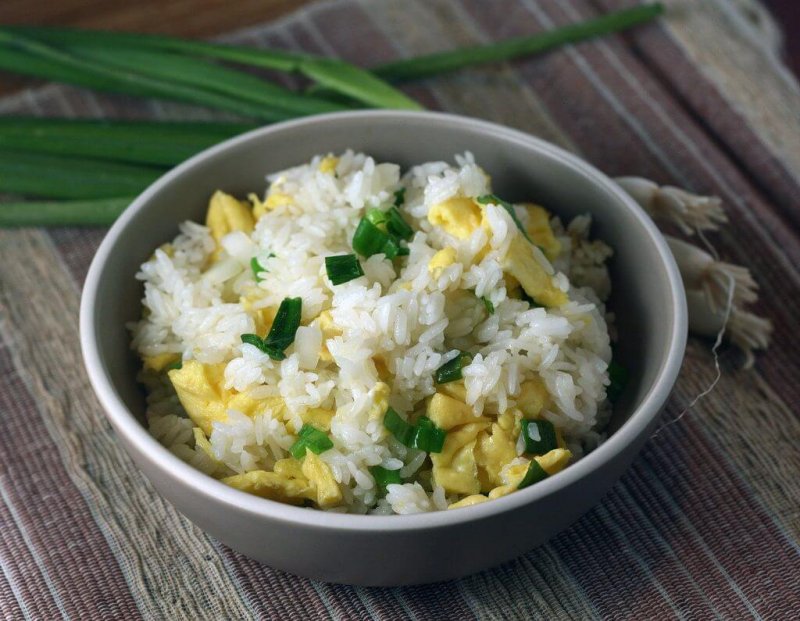 As a Chinese guy, the concept of going “low carb” was never brought up in my family.

You do not fuck with our rice and noodles.

If you go to Hong Kong and tell that 70 year old grandma cooking in the kitchen that you’re on a low carb diet, she will strike you in the balls and steal your passport. Then you’ll be stuck in Hong Kong, eating rice every day for the rest of your life.

So if billions of Asians don’t go low carb and aren’t any more obese than those in in the US, then why in the fuck would anyone go on a low carb diet?

The simple answer: There’s nothing magical about going on a low carb diet.

In fact, it’s probably holding you back from maximizing your fat loss and building muscle efforts.

But unfortunately there’s decades of shitty marketing, bad science, and “magic pill” pushing gurus to make a simple answer, much more complex than it needs to be.

In this article, I’ll be going over why you don’t need to avoid carbs if you want to lose weight, and how to get the most out of the carbs you do eat.

As a side note, if you are currently on a low carb diet and you’re happy with your life, don’t let this post change your mind. Also I don’t need you leaving a 500 word “fuck you, low carb diets are awesome” comment below. Instead go outside and spread some joy to children.

What is a low carb diet?

On a low carb diet, you eat less carbs.

Yup, putting my college degree in economics to work.

This is compensated by an increased protein and/or fat intake.

The recommended carb intake depends on who you ask but is usually under 150 grams per day.

For some athletes, however, due to their increased glycogen needs, low carb can still mean more than 200 grams per day.

Going low carb does have some potential benefits:

And it can have therapeutic benefits for various brain and neurological disorders including Alzheimer’s disease, Parkinson’s disease, and epilepsy.

Though it’s also worth noting that the benefits above aren’t exclusive to those on low carb diets.

Plus if you’re insulin resistance and/or are diabetic, lowering your carbohydrate intake can have immediate benefits.

But does eating low carb help you achieve your fitness goals easier and faster?

Read through today’s fitness magazines and you’ll most likely find claims that carbs make you fat – and that you must drop them if you want to lose weight.

But if you look closely, you’ll see why this way of thinking is highly flawed.

If your calorie intake is greater than the amount of calories you burn, you will gain weight.

If your calorie intake is lower than the amount of calories you burn, you will lose weight.

This is the law of thermodynamics.

Now you might be thinking, but then why do many people lose weight fast when following a low carb diet?

Primarily because of water loss.

When you lower your insulin levels, which you do by limiting carbs, your body “flushes out” excess sodium and water.

Not only that, but glycogen, the stored form of carbohydrates, attracts water.

For every gram of glycogen stored in your liver or muscles, your body holds around 3 grams of water.

That’s why many people experience fast weight loss when they start a low carb diet.

They get all pumped up to see changes in the scale, but in reality it’s just an illusion.

Don’t get me wrong.

You can lose “real” weight on a low carb diet.

But the reason you do so isn’t directly because you’re dropping carbs.

Carbs make up around 50% of the daily calorie consumption for most people.

If you cut out 50% of your calories,  you’ll automatically consume fewer calories.

Truth is, you’ll lose the same weight by dropping those calories from your daily fat intake.

Your body composition is largely controlled by your hormones.

Hormones are chemical messengers that help regulate most of your bodily functions.

Many of these hormones are influenced by your carb intake, the main one being insulin.

“You don’t want to spike insulin levels since it will make your body store fat.”

Bet you heard that before.

While constantly elevated insulin levels are unhealthy, spiking your insulin at the right times is actually very beneficial.

Since insulin is anti-catabolic, spiking your insulin before your workouts can prevent some of the exercise-induced muscle breakdowns.

Spiking your insulin after your workout is also beneficial. It helps with the delivery and absorption of nutrients towards your muscle cells.

If your thyroid functions at an optimal level, achieving and maintaining a low body fat percentage is much easier.

The problem is that low carb diets slow down the production of those hormones.

This means that the amount of calories you burn in a day drops, which increase the likelihood you overeating and getting fat as balls.

According to the work of Dr. Ray Peat, leading expert on thyroid functioning, it’s your liver glycogen level.

If your liver is full of glycogen, your body increases the thyroid hormones T3 and T4, which in turn increases your metabolic rate.

The opposite occurs if your liver glycogen levels are low. The amount of T3 and T4 your thyroid produces decreases, which means your metabolism decreases too.

When you drop your carb intake low, cortisol will rise.

This is actually a good thing because it helps your body release energy to keep you going.

But here’s the problem…

Due to people being overstressed animals, most people have constantly elevated cortisol levels.

And this is when the trouble starts.

The primary function of cortisol is to increase blood sugar levels. It does so by breaking down non-carbohydrate tissue like your muscle mass.

But if your cortisol is chronically elevated, your body breaks  down your hard-earned muscle tissue at an elevated rate.

But not only that, elevated cortisol levels also increase your appetite which can lead to overeating and fat gain.

Basically, you’re hormonally fucked and set up for the dreaded “skinny fat” look.

Low carb and muscle building: A match made in hell 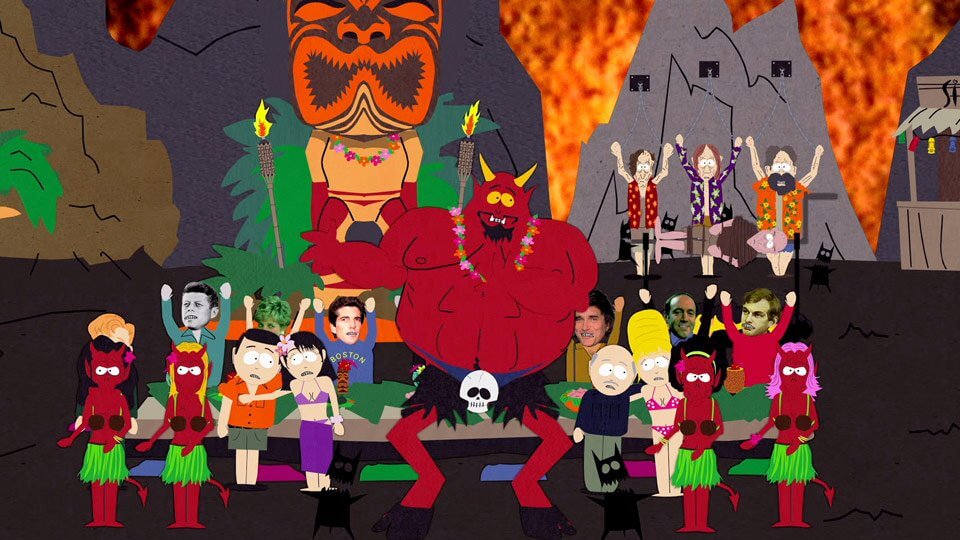 We know low carb diets are not better for fat loss.

But what about building muscle?

This is because glycogen is the primary energy source for high-intensity exercise.

When you drop carbs too much, strength drops, you feel like shit, and you can never progress.

A group of researchers even found that low glycogen levels post-workout weakens the signals related to muscle growth.

To give you a real-life example of the muscle building benefits of carbs, let’s take a look at a study from the University of Rhode Island.

Researchers looked at the differences between low carb and high carb diets.

What they found was that the low carb group had lower levels of protein synthesis, lost more strength, and recovered slower between training session.

And interestingly, the low carb group consumed more protein throughout the study than the high carb group.

What are the best carb sources?

You know I’m not a typical food nazi that tells you which foods you must eat and which ones you must avoid.

I’m all about designing a diet to work around your lifestyle.

The foundation of every diet starts with your calories and macros.

Once those are set we can begin to look at specific types of food.

Get the majority of your carbs from whole, nutritious sources such as potatoes, rice, pasta, whole wheat bread, quinoa, and oats.

Don’t make refined carbs your main carb source. Get 80% of your carbs from whole nutritious sources, and the other 20% can come from whatever.

Low carb diets and real life: Can you imagine your life without pasta? 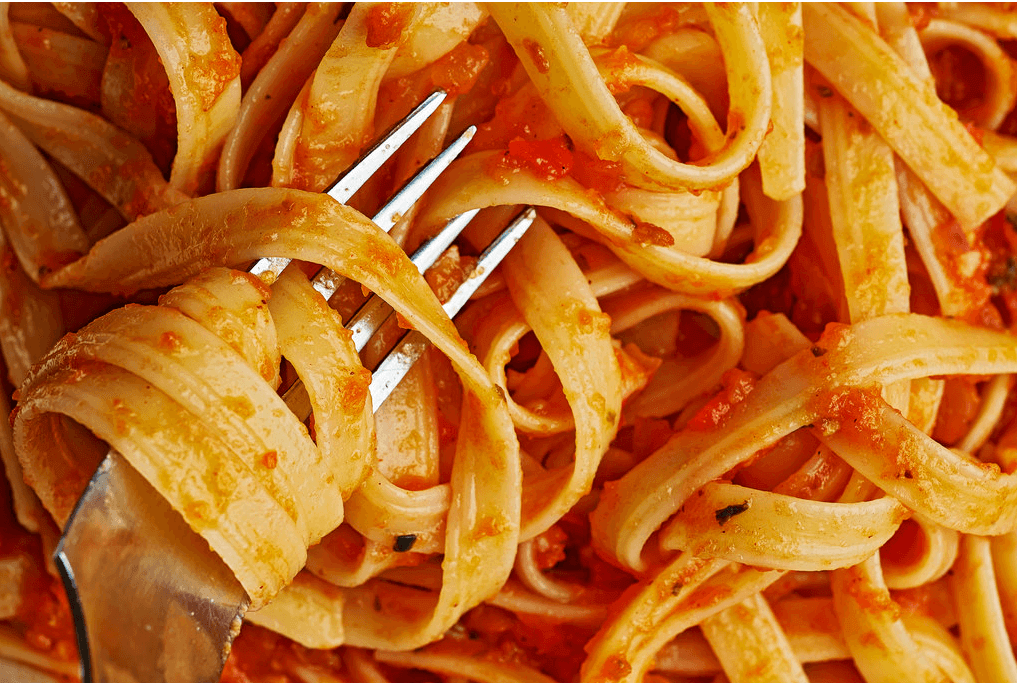 I sure as hell can’t.

Fitness is a journey, as cliche as that sounds.

It ain’t no 6 week transformation “set it and forget it” plan.

That’s why you need to do everything in your power to make it as maintainable and enjoyable.

And for most people, going low carb is the complete opposite of enjoyable.

A diet only works if you can stick with it.

If you want to go your entire life without eating a doughnut or giant bowl of pasta ever again, then be my fucking guest.

The fitness industry is full of lies and low carb dieting is for the most part, one of them.

Sure, many people have successfully transformed their body on a low carb diet – and it can have health benefits in certain situations.

But if you lift heavy weights, and want to have what at least resembles a somewhat normal social life, it’s one of the worst diets you can follow.

And like anything else, a diet works best when combined with a solid workout routine.

If you need a step-by-step workout for building your best body ever, be sure to check out my Superhero X12 program.

Do you still have fears about carbs making you fat? Leave your comments and questions below and I’ll help you out, right after I eat this bowl of rice.