5 Reasons Why You’ll Never Look Like A Hollywood Celebrity 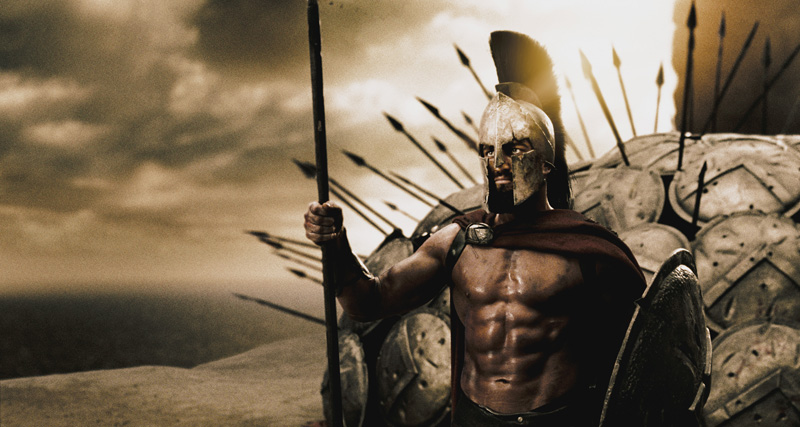 Does this sound familiar:

1) A new movie comes out, let’s go back in time and say 300 starring Gerard Butler.

2) Men feel like crap about their bodies and feel the need to step up their game to be ripped and muscular.

4) They give the so-called “300 workout” a shot with hopes of getting their dream body.

5) They most likely fail and gives up a few weeks later since their physique doesn’t match that of the 300 actors.

Don’t lie, I’ve done that with almost every movie featuring a shirtless actor or actress sporting a decent physique. It’s just habit. I’ve been doing it since Blade 3 when Ryan Reynolds showcased his now coveted physique.

But here’s what people don’t understand: you are NEVER going to look like Gerard Butler, Ryan Reynolds, Megan Fox, Jessica Biel or any celebrity for that matter.

There are just too many variables to account for when trying to get the physique of an A-list celebrity, such as…

1) Celebrities are richer than you

Some make more money from one movie than some people make in their entire lifetime. It’s fucking ridiculous.

And with their massive wealth, celebrities have access to state-of-the-art gyms, personal chefs, massage therapists, and other resources that you most likely just can’t afford.

While these extra resources are nothing magical, they do give celebrities more freedom, less stress, and time to allow them to have a laser-like focus on their goals.

Am I saying that you need to be filthy rich to achieve a great body? Absolutely not, but there’s no denying that it does make some of the work easier.

2) You aren’t as motivated as them

In a sense, celebrities are paid to look hot.

Would men have watched Into The Blue if it didn’t feature Jessica Alba in a bikini 80% of the time? Would women have watched Crazy Stupid Love, if it featured a fat sweaty slob instead of a shirtless Ryan Gosling?

If a celebrity is told that he or she has to appear topless or naked in a film, then you can bet your ass that they are going to look absolutely phenomenal.

If I knew I was going to appear shirtless in front of millions of people, then I’m going to make it my life’s work to look as good as humanly possible. And oh yeah, those multi-million dollar pay checks don’t hurt either.

This is a big one.

You may not realize it, but a lot of the lighting you see in movies is fake. Everything is adjusted so that the environment and the actors in it look as good as possible. Plus, they have use ridiculously high-quality cameras.

This makes the final cut of the movie look better, but in a way, it also deceives the viewer.

Under the right lighting (particularly overhead lighting), your body can look much better than it actually is. Give it a shot – shine an overhead light over your body and I guarantee you’ll notice an immediate improvement in the way your body looks.

Your muscles look more defined than they actually thus creating the illusion that you’re at a lower body fat percentage when you’re really not.

There’s just no way that movie executives are going to let teen heartthrobs like Taylor Lautner come out with a farmer’s tan. It’s unattractive and it turns paying customers off.

So by applying a tan on the actor, not only does the actor have an aesthetically pleasing skin tone, but he will also look more muscular and defined.

This is exactly why pro-bodybuilders and figure competitors all have fake tans – because it brings out the the definition in their muscles.

4) Celebrities are druggies (well at least some of them)

And no, I’m not talking about the fun powdery white stuff either.

How else do do you think 60 year old dudes like Sylvester Stallone and Hulk Hogan stay so muscular?

Well…it’s definitely not because they’re quadruple setting their workouts. Now I’m not saying every single Hollywood celebrity uses HGH, but it’s just something you have to take into consideration.

Like Rusty Moore of FitnessBlackBook said in this post, be suspicious of celebrities who have seemingly instant body transformations. Most of the time, drugs are involved.

5) You don’t know them (the most important one)

Ok I get it, you want to look like Ryan Reynolds but do you personally know what he does outside the gym and in his personal life? And no, paparazzi shots and videos don’t count.

Exactly, so unless you’re his mom, then you really don’t know crap about Ryan Reynolds or any Hollywood celebrity for that matter.

There’s a lot of stuff going on behind the scenes in the world of Hollywood that doesn’t get talked about. So unless you know a Hollywood celebrity on a deep personal level, then you should always take the things they say with a gain of salt.

Here it is: You can look like the absolute best version of yourself and no one else.

Don’t compare yourself to Ryan Reynolds or Megan Fox.

It’s pointless, energy draining, and you’ll never look like them nor should you want to.

The only person you should be comparing yourself to is the old version of yourself.

Once you get your dream body, you should only compare yourself to old pictures, videos, and memories, because that’s the only thing that matters.

Become a better you, not an “almost as good as Ryan Reynolds.”

The only thing that Hollywood celebrities are good for:

People get super motivated by hot Hollywood actors and actresses and that’s awesome. It’s the reason why I”ll occasionally write a celebrity workout article – because people get motivated by that shit.

Having a Hollywood celebrity that motivates and inspires you to take action is great, as long as you accept the fact that will never look exactly like him or her.

You can use their workouts and diet plans as a foundation, but don’t believe that it will transform you into a carbon copy of them. Genetics simply play too big of a role for any two bodies to look the same,

What’s your take on getting a “Hollywood” body? Let me know in the comments.